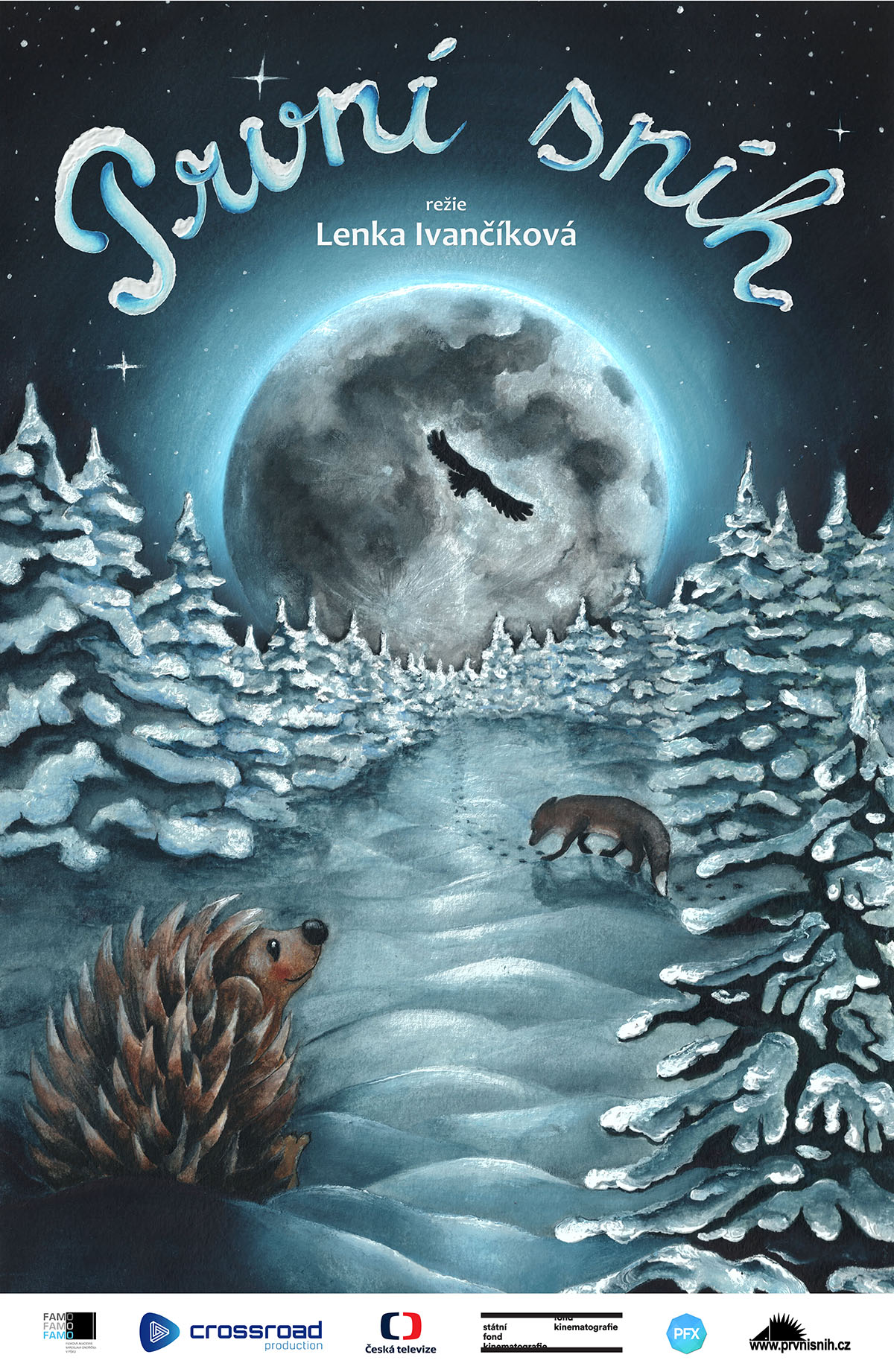 First snow is a fairy tale about the little Hedgehog who unexpectedly wakes up from his winter sleep. The curious Hedgehog leaves his den to watch a beautiful night sky. But the night brings a heavy snowfall and our little Hedgehog who accidentally falls asleep outside is snowed up. When he wakes up in the morning, he finds out all his familiar paths are covered in snow and so he heads out for a dangerous adventure to find his den.

Shot on Canon 5D Mark II, Canon 7D.
Each of the three cinematographers brought their individual visual style into the project.
I am responsible for most of the action scenes and open/close shots. I enriched the story with camera dolly movements using manual or digital slider. Further, I designed and shot all handheld camera movements that were incorporated into the footage in the postproduction stage.
Working with the animation set, the main challenge was to learn a whole new approach to lighting, framing and camera movements in order to make puppets look more real and alive.