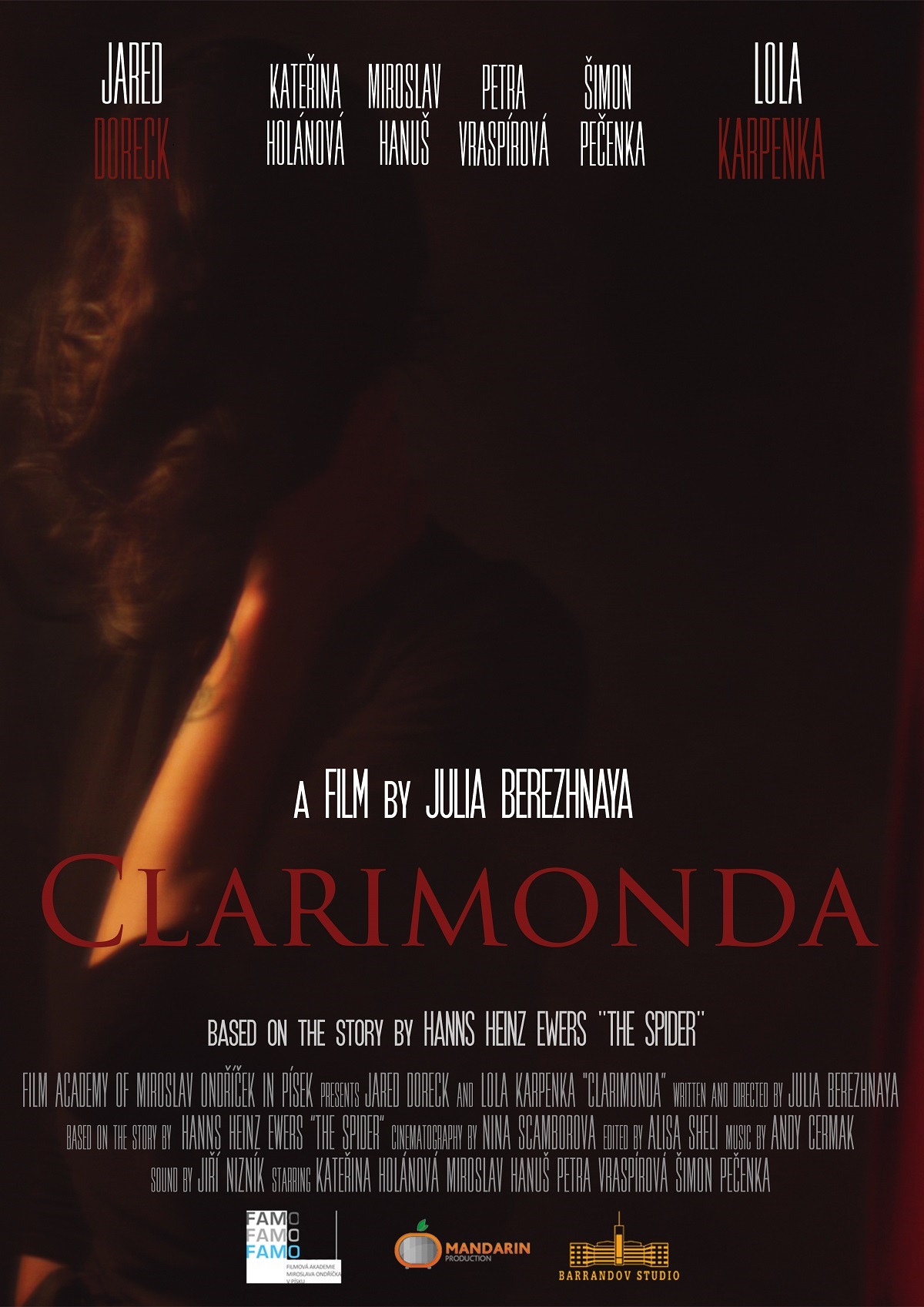 A young student Richard Braquemont comes to Prague and settles in a hotel where three people committed suicide within the last month. These unpleasant circumstances give him an opportunity to stay in the hotel for free. The only condition is to stay alive! Everything goes according to his plan until he meets an unknown lady…
Based on a story “Spider” from Hans Ewers.

Shot on Sony FS100 + Atomos Ninja
The film is based on a visual style of a spectral fairytale, using classic principles of a dramatic work.