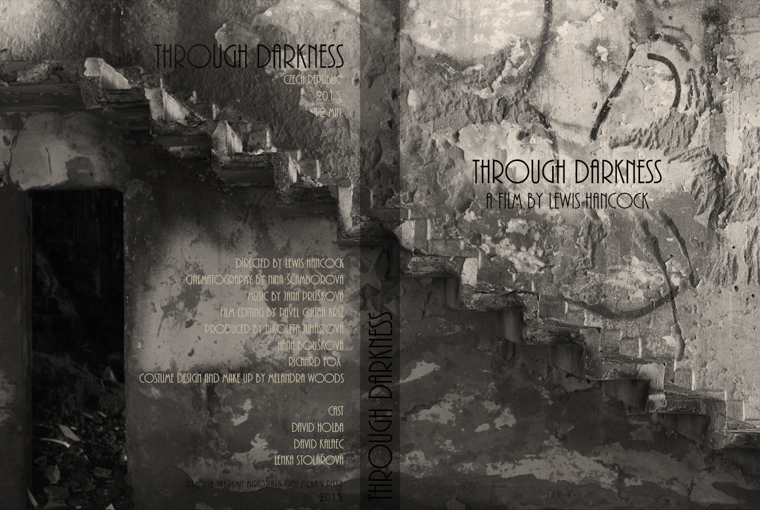 “ Through Darkness was the first collaboration between the Edge Hill University (UK) and FAMO in Pisek (CZ). It united Lewis Hancock with Nina Scamborova both of whom were keen to undertake the challenge of bringing Through Darkness to a cinema screen. The film is about taking the journey into the unknown. Something both these film makers were about to do themselves.”
Lewis Hancock

Shot on Canon 5D Mark II.
Film’s story is based in near future of an apocalyptic world. Its visual style balances between horor and fairytale. It uses handheld shots to dramatize scenes, long take POV shots and unreal lighting to achieve the fantasy look.